You are viewing the "Volleyball" Archives

After winning the first set with ease, the Ohio University women’s volleyball team fell to an even 5-5 record in conference play as they dropped three consecutive sets in a loss to Western Michigan Saturday night. Although Ohio topped Western Michigan 25-14 in the opening set, the Broncos would bounce back and outscore the Bobcats… Read More

Ohio Volleyball Knocks Off Northern Illinois On the Road

The Ohio volleyball team (11-12, 5-4 MAC) defeated West Division foe Northern Illinois in just four sets (5-19, 4-5 MAC) on the road. The Bobcats picked up their second win in a row and earned their first victory over the Huskies in DeKalb since 2013. Ohio hit .234 with 60 kills in the win and… Read More

After losing six straight, four of them being sweeps, the Ohio volleyball team (7-9, 1-1 MAC) have been looking for some kind of answer these last three weeks. The team, who had just been defeated by Buffalo the night before, were given another opportunity, this time against East Division rival Akron (5-9, 1-1 MAC), who… Read More

After spending the last month traveling all over the country to compete in weekend invitationals and facing some of the best schools around, the Ohio volleyball team (6-9, 0-1 MAC) looked to open up conference play with a W Friday night against East Division Rival Buffalo (8-4, 1-0 MAC). After Losing five of their last… Read More

The Ohio University volleyball team (6-8) will face off against division rival Buffalo (7-4) Friday night in upstate New York to kick off the start of conference play. The Bulls are coming into this game at the top of the Eastern Division, while OU sits in the third spot. The Bobcats will look to put… Read More

Ohio Volleyball Takes One Out of Three at Jefferson Cup

This weekend, the Ohio volleyball team (7-5) traveled south to compete for the Jefferson Cup in Charlottesville, Virginia for their third invitational of the season. Despite winning the first of their three matches, the Bobcats would fail to take any more sets in their final two matchups, finishing 1-2 in the tournament. The team took… Read More

Ohio did not save its best for last and because of that their season is over. For the first time since the game against Villanova back on opening weekend in September, the Ohio Bobcats hit below .100 for a match. They hit just .092. The great careers of Mallory Salis and Brooke Coleman have come… Read More

The regular season is over and it is time for the Mid-American Conference tournament. This year the tournament will be held in DeKalb, Illinois, home of the Northern Illinois Huskies. The Ohio Bobcats have earned the three seed and a bye to the quarterfinals. Their opponent will be the winner of the Kent State and… Read More

The Mid-American Conference announced their yearly awards on Wednesday. The Player of the Year went to Northern Illinois University’s Jenna Radtke, but Ohio University was able to compile some names on the list. For starters, senior Mallory Sallis and junior Ali Lake were both named to the All-MAC First Team that included the 14 best… Read More

Ohio Volleyball has gotten used to receiving player of the week honors lately. This week, however, they earned not one but two. For a third straight week, senior outside hitter/libero Mallory Salis has earned the title of Mid-American Conference East Division Offensive Player of the Week after a phenomenal performance this last weekend. Despite a… Read More

Ohio Defense Picks Up in Win Over WMU in Straight Sets

Salis Repeats as MAC Player of the Week

Senior outside hitter/libero Mallory Salis earned herself Mid-American Conference East Offensive Player of the Week for a second straight week following a pair of strong performances this weekend, which Ohio split. On Friday, Salis tallied up 23 kills and five digs in their 3-1 loss to Toledo. She also recorded a service ace as well… Read More

Senior outside hitter/libero Mallory Salis was named Mid-American Conference East Offensive Player of the Week for Ohio University following a pair of victories this past weekend. Salis led the Bobcats over the weekend with a career high 22 kills in their first game against East Division rival Kent State on Thursday. On Saturday, she matched… Read More

Ohio Comes From Behind to Win Five-Setter Over EMU

Ohio Only Drops One Set in Win Over Kent State

The Ohio Bobcats may have struggled to begin the season, but Mid-American Conference play has brought out the wrath expected from the Bobcats. This time, Kent State fell victim in Ohio’s 3-1 (25-21, 21-25, 25-22, 25-16) win Thursday night. Ohio had no issue in the first set as Jaime Kosiorek had three service aces and… Read More

The Ohio Bobcats will be exiting their toughest weekend of the year 1-1 thanks to a dominant win over Bowling Green. Ohio swept the Falcons (25-19, 28-26, 28-26) in Bowling Green, Ohio on Friday night and now are 3-1 in conference play. The second and third sets were the story in this one. Too many… Read More

The Ohio Bobcats are entering their toughest test of the year. Tougher than at Oklahoma, at Virginia Tech or opening with ranked Western Kentucky. This week, the Bobcats (6-8, 2-0) have their first Mid-American Conference road test of the year as they travel to Oxford to take on archrival Miami Redhawks (10-4, 2-0) on Thursday… Read More 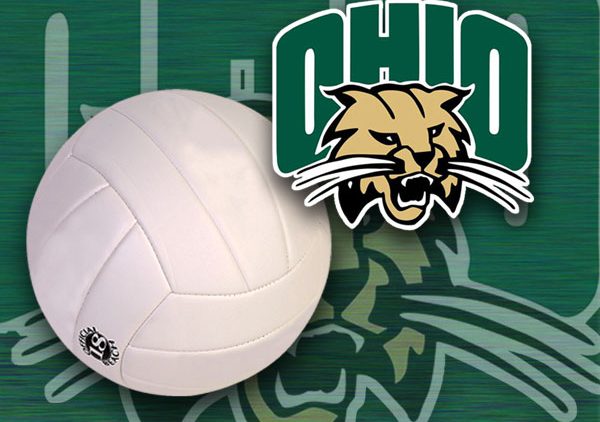 Ohio redshirt junior Ali Lake was named Mid-American Conference East Division Offensive Player of the Week following a dominant performance on Friday and Saturday. The middle blocker racked up 17 kills for the Bobcats on Friday night in their sweep against division rivals Akron. The following day, Lake finished off the weekend with 13 more… Read More

It was a quick loss for Ohio (3-8) as the Radford Highlanders swept them Friday morning (25-23, 25-21, 25-16). The non-conference season has been full of struggles for the Bobcats, and this matchup exposed those struggles heavily. The most obvious weak link Radford put on full display is how Ohio seems to not be able… Read More

The Ohio Bobcats were all ready to go up 2-0 on the University of Texas at San Antonio (UTSA) but the Roadrunners had a different plan. Ohio was up 24-20 in the second set with the serve, but back-to-back kills by Marijeta Runjic and two Ohio errors tied the set at 24. The Roadrunners went… Read More

Ohio Looks to Get Over .500 at Nike Invitational

The Ohio Bobcats have started off the Nike Invitational with a split, beating the Lamar Cardinals and losing to host Oklahoma Sooners. On Saturday they will take on the University of Texas at San Antonio (UTSA) Roadrunners. UTSA (5-3) is coming off two straight wins in the Nike Invitational. They defeated Lamar in straight sets… Read More