You are viewing the "Bill Chappell | NPR" Archives

The top U.S. diplomat accused the Obama administration of making crucial errors that worsened a string of crises in the region, from the Arab Spring to ISIS.

Qatar Will Pull Out Of OPEC, As Rift With Saudi Arabia Deepens

Qatar made the announcement early Monday — the same day it informed OPEC it is withdrawing from the group. The country says it wants to focus on producing natural gas.

The price of a six-pack in the U.S. could rise by $1 to $8 because of drought and heat. As one of the researchers says, it’s “another way climate change will suck.”

Hurricane Watch Issued For Carolinas Ahead Of Category 4 Florence

If it makes landfall as predicted, Florence could become the northernmost Category 4 hurricane to hit the U.S. since records were first kept in 1851.

Wage growth — and more specifically, the lack of vigorous pay raises — continued to be an issue, with average hourly earnings nudging slightly upward to 2.9 percent.

Most of the money — more than $3.6 billion — will go to soybean farmers. Last year, China bought nearly a third of all soybeans grown in the U.S.

Possible U.S. Remains Turned Over By North Korea Head To Hawaii For Analysis

Vice President Pence will be on hand when 55 boxes thought to contain remains of U.S. troops arrive at Joint Base Pearl Harbor-Hickam in Hawaii. They will be sent to a lab for possible identification.

“Today we are speechless,” the opinion page of The Capital reads on Friday. But that didn’t stop the staff from printing a newspaper, one day after a horrible attack.

The former ICE chief counsel — who oversaw immigration removal cases in four states — stole the identities of people who were “particularly vulnerable,” the government said.

Maybe it was the lolling tongue or the upward-thrusting chin or the drool. Whatever her secret, Zsa Zsa the English bulldog worked her magic and took home the title.

Koko The Gorilla Dies; Redrew The Lines Of Animal-Human Communication

Koko fascinated and elated millions of people with her facility for language and her ability to interact with humans. She also gave people a glimpse of her emotions.

Loughry, 47, has been suspended without pay, the state Supreme Court says. In addition to being a judge, he wrote a book about political corruption in West Virginia.

The results put the U.S. further away from a viable replacement rate — the standard for a generation being able to replicate its numbers.

The Senate approved a resolution Wednesday to nullify the Federal Communications Commission’s net neutrality rollback, dealing a symbolic blow to the FCC’s new rule that remains on track to take effect next month. As expected, Sen. Susan Collins, R-Me., joined Democrats in voting to overturn the FCC’s controversial decision. But two other Republicans — Sen…. Read More

At least one Republican – Sen. Susan Collins – is likely to join Democrats’ attempt to preserve net neutrality. But the measure has little chance of succeeding in the House. 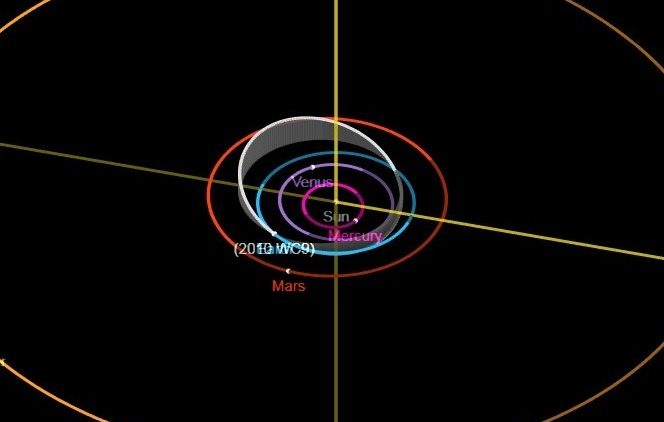 First spotted in 2010, a space rock is zooming toward Earth, making a close pass on Tuesday that will see it fly safely by – about halfway between our planet and the moon.

In the Senate, a resolution of disapproval of the FCC rule has the support of every member of the Democratic caucus, along with Maine Republican Susan Collins.

Ruger says that while it will produce the gun violence report, the resolution cannot “force us to change our business.”

The last time the U.S. jobless percentage sat below 4 percent was in December of 1999. April brought net job gains, but fell short of economists’ predictions.

The eggs were sold in nine states, according to the FDA. They are labeled under a number of brands, including Coburn Farms, Country Daybreak, the Food Lion store brand, Great Value and Sunshine Farms.

Mark Anthony Conditt: What We Know About The Austin Bombing Suspect

With a bombing spree seemingly over, interest now turns to the chief suspect in the case who is believed to have struck fear and anxiety into thousands of people.

Pentagon Announces First-Ever Audit Of The Department Of Defense

The Defense Department has famously never been audited, despite receiving hundreds of billions of dollars annually and having more than $2 trillion in assets.

The attorney for Rene Boucher says “a matter that most people would regard as trivial” is behind an incident that left Sen. Rand Paul with five broken ribs.