You are viewing the "Erin Riordan" Archives

Artists, Art-Lovers Come Together For “Artiscape”

The annual artist gathering "Artiscape" returns for its 11-year anniversary this weekend in Dublin, Ohio. Artiscape encompasses every aspect of art with more than 50 in-depth workshops and classes, as well as multiple shopping opportunities for art-enthusiasts. (VIDEO)

Producing a film festival-quality documentary is no easy task, yet OU students planned, produced and edited a 20-minute film in just six weeks—all overseas, no less. Created as part of a study abroad program, Made in Donegal touches on Ireland's recent potential to boost its economy through its bountiful, yet neglected, local food industry.

Since the early 1990s, Nuit Blanche festivals have brought art to city streets around the globe. Given southeast Ohio's rich arts legacy, it's no wonder that Zelma Badu-Younge thought that Athens should be added to the long list of Nuit Blanche hosts. (VIDEO)

For over 10 years, Donkey Coffee has hosted up-and-coming songwriters in its back room. This Saturday the coffeehouse will showcase two more extraordinary artists: 12 year-old Aubree Riley from Athens,… Read More

Every day, women everywhere are inspired to create change in their communities. On Feb. 23, Ohio University's Black Student Union will honor local African American women who are making a difference with "Black Girls Rock: A Celebration of Powerful Black Women at OU," featuring dance, music and spoken word performances.

Now a small film production team in Parkersburg, W.Va., is preparing to show us the mystical side of the undead with a remake of the cult classic White Zombie.

Imagine going back in time to be a part of the first audience to see the infamous shower scene at the Bates Motel, or to witness hundreds of crows chasing… Read More

We hope you enjoy this collection of video clips from the 2013 Cabin Fever Festival, held Saturday, Jan. 19 at Stuart's Opera House in Nelsonville, Ohio. The event included performances… Read More 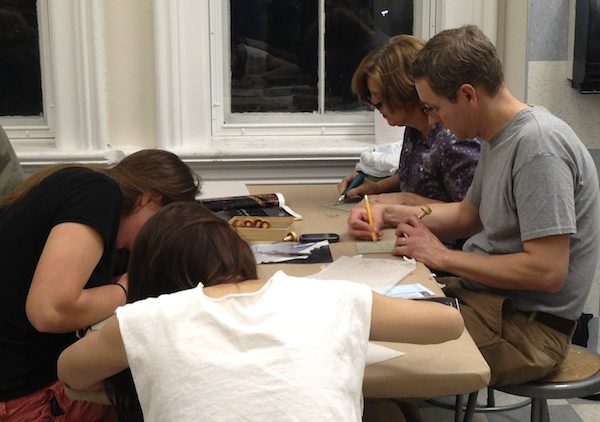 Close Encounters Of The “Art” Kind

Ever been to an art museum and wondered how the artist created his/her work? The Kennedy Museum of Art seeks to answer your questions and gives you the chance to recreate an artist’s technique in a series of hands-on classes called "Art Encounters."

Down With The Bass: Punk Rock Legend Rolls Into Athens

Mike Watt and The Missingmen will perform at The Union on Monday, Oct. 22.

Best known as bassist in the 1980s hardcore punk band Minutemen, Watt is touring in support of his latest album, Hyphenated-Man.