You are viewing the October 10, 2012 daily archives

Guernsey County residents will vote on a new levy this November that has the potential to feed thousands of senior citizens and veterans in the county. The levy would annually generate $320,000 for the Guernsey County Senior Citizen Meals on Wheels Program. Last year the program provided at least 133,000 meals to qualifying senior citizens…. Read More

Ohio freshman running back and kick returner Daz’mond Patterson has been through quite a bit more than your average 18-year-old young man.  Throughout struggles and hardships in his youth, Patterson always had his family to lean on, and lead himself.   The freshman speedster came to Athens all the way from Plant City, Fla. where… Read More

Early voting has started and Ohio University students face a tough decision. The students are forced to decide if they want to vote absentee for their hometown candidates and issues – or vote here in Athens. The chair of the Athens County Republican Party Pete Couladis says students aren't aware of the local elections and… Read More

Portion Of Old US 33 To Close For Three Weeks

Ohio Department of Transportation officials say a portion of Old US 33 will close on Thursday and remain closed for the next three weeks. Cary Betzing, district 10 construction administrator, said Wednesday that the road will be closed in both directions at County Road 25 from October 11 until November 2.  "This closures allows crews… Read More

Player of the Year Semifinalists Announced

The quest for who will be named 2012 Gridiron Glory Player of the Year took another step toward completion Wednesday, as the list of potential winners was sized down to 10 semifinalists. These 10 players were selected by the Gridiron Glory staff for not only their ability to post eye-opening statistics during the season, but… Read More

While things in the MVL stayed the same for the most part, Week 7 showed us a little more about these nine teams.  With just three weeks left in the season, the playoff race is fully underway.  See which teams took a step towards the postseason and which teams are fading fast. 1. Tri-Valley… Read More

NPR's long-running series Mountain Stage returns to Ohio University's Templeton-Blackburn Alumni Memorial Auditorium this Sunday, featuring two Grammy Award-winners and a pair of up-and-coming groups.  For over 29 years, Mountain Stage has hosted national and international acts of nearly every style of music. Based in Charleston, W.Va., the show is heard on more than 100… Read More

A Gallipolis mother and son are alive following a morning house fire thanks to the quick action of their neighbor.  According to Division of State Fire Marshal investigators, after noticing smoke coming from his neighbors mobile home Wednesday morning, Christopher Williams knocked on the front and back doors of the family's home in an effort… Read More

A Guernsey County Common Pleas Court judge needs more information before deciding the competency of a 21-year-old man accused of killing his foster father. Judge David Ellwood ruled Tuesday more evidence will be needed to permit a second mental evaluation for Perry Buco, who was arrested on murder charges in April. Buco is charged with… Read More

Young Sentenced To Life In Prison

Two people are dead in Jackson County, Ohio in what investigators believe was an apparent murder-suicide Tuesday night. Sheriff John Shasteen says Jackson County 911 received a call at 10:49 p.m. that Bobby McCormick, 36, had a gun pointed at 33-year-old Crystal Fyffe.         When investigators arrived at the scene on Limerick… Read More 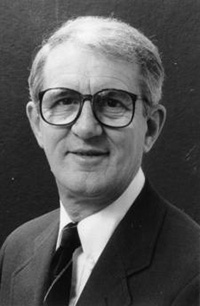 The Ohio University School of Music’s Wind Symphony and Symphonic Band will present a special Homecoming concert to commemorate the life and legacy of Ronald P. Socciarelli, Director of Bands from 1973 to 1992. This performance, which takes place Friday, Oct. 12 at 8 p.m. in Templeton-Blackburn Alumni Memorial Auditorium, is in conjunction with “Better… Read More

Producing bacteria that interact with DNA to cure disease, sounds like a job for a laboratory in one of the world's largest cities, but in fact this ground breaking technology is happening right here in Athens.  Joseph Kittle is the founder of Molecular Technologies Laboratory: a technology development company that specializes in engineering bacteria to… Read More

Roughly 7.9 million Ohioans have registered to vote, and that number was expected to increase slightly as registration drew to a close in the presidential battleground state. The secretary of state's office said the total reflects information from Ohio's 88 county elections boards as of Friday. Registration ended on Tuesday night.   About 8.2 million… Read More

Four people are arrested for cooking meth with three young children inside. A Bellarmine University student wins $25,000 to help with student loans. Details in your morning update.