You are viewing the February 6, 2018 daily archives 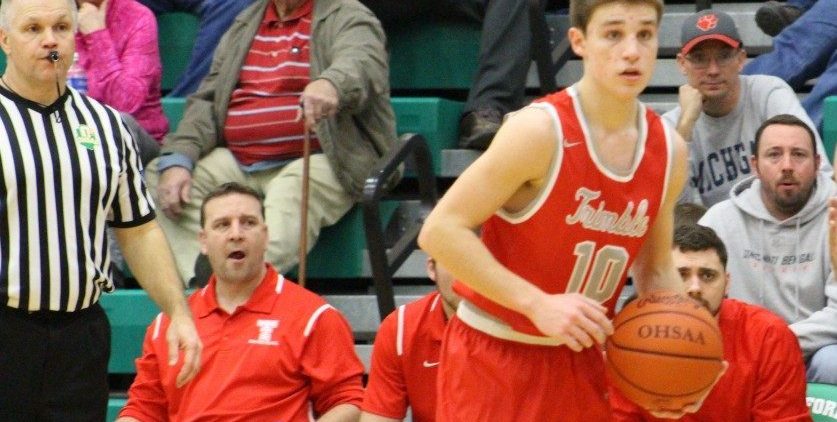 The Federal Hocking Lancers (2-15), (2-11) struggled to compete with the first place Trimble Tomcats (13-4), (10,2) tonight in Glouster, Ohio. Trimble came out victorious in their home gym with a final score of 58 to 34. Tomcat star shooter Randy Hixon put up the most points for Trimble with 24 points on the night…. Read More

River Valley trailed Nelsonville-York by five points, 46-41, with just under two minutes to play in the game. The Raiders (5-13, 3-7 TVC Ohio) then scored the last eight points of the game to beat the Buckeyes (5-13, 1-10) 49-46 Tuesday night. The game was back and forth the entire way. The Buckeyes held a… Read More

This is the February 6, 2018 broadcast of The OUtlet from WOUB News. On this episode, our reporters cover the process of turning iron sludge into paint, a commercial model who is also a student at Ohio University, the new paid parental leave policy for OU grad students, and a late night performance produced by… Read More

…By THE Man. Kevin Kellems’ career in politics has led him to many places, including the grounds of the White House as Vice President Dick Cheney’s press secretary. The WOUB News Team talks with him about this time. And also about his stops in the Ohio Governor’s Office, the Pentagon and the World Bank, among… Read More

A plan for the May ballot to include a proposed constitutional amendment aimed at changing how Ohio draws congressional districts has been approved by lawmakers. Backers of competing redistricting proposals agreed to the compromise aimed at curbing gerrymandering, the manipulation of district boundaries for political advantage. The plan reached by Democrats, Republicans and voter advocacy… Read More

FRANKFORT, Ky. (AP) – Kentucky lawmakers are considering a bill that would put $7 million into an emergency loan fund for school districts struggling to pay basic operations due to declining tax collections. The measure cleared the House Appropriations and Revenue Committee on Tuesday. The bill comes as some eastern Kentucky school districts long dependent… Read More

Adyn’s Dream is a local charity that raises funds for families living with spinal muscular atrophy, a neuromuscular disorder that damages motor nerve cells that exist deep in the spinal chord, making it an enormous physical undertaking for sufferers to do things that the rest of us take for granted — like running, swimming, and… Read More

Athens City Council unanimously voted to approve an ordinance about the community solar program during Monday night’s meeting. The ordinance is a ballot initiative to bring in the South Eastern Ohio Public Energy Council (SOPEC) and have a $2 million carbon fee attached to the utility bills of Athens residents. “The next step is to… Read More

1,000 points: A High Schooler’s Entrance into an Exclusive Club