You are viewing the October 2, 2014 daily archives

On Thursday evening, a student group at Ohio University called "F*** Rape Culture" marched from Baker Center to College Gate bearing a dorm room mattress.  The group choose to hold a "mattress march" after hearing of Emma Sulkowitz.  Sulkowitz is a Columbia University senior who was allegedly raped in her dorm room.  Sulkowitz pledged to… Read More

Preview: Wahama, Trimble to grapple for top spot in Hocking

Not much is to be said about this week’s TVC-Hocking clash between Wahama and Trimble. Everyone knows what this game means: a rivalry, the league title potentially on the line, and a chance for Wahama to redeem itself after last year’s 12-7 loss to Trimble, the team’s sole conference loss. In last season’s contest, it… Read More

It’s the game where one of southeastern Ohio’s premier teams will face one of the northeast Ohio’s best: It’s Athens versus Steubenville. “We’ve been looking forward to this game to bring some notoriety to ourselves,” Athens head coach Ryan Adams said. “We’re going into a place that’s got a great football history.” Steubenville’s football tradition… Read More

Ohioans seeking coverage under the federal health care law can soon set up appointments with local counselors to help walk them through the process in person. Health care advocates including Get Covered America Ohio announced plans Thursday for a website they say will serve as a scheduling tool to make it easier for people to… Read More 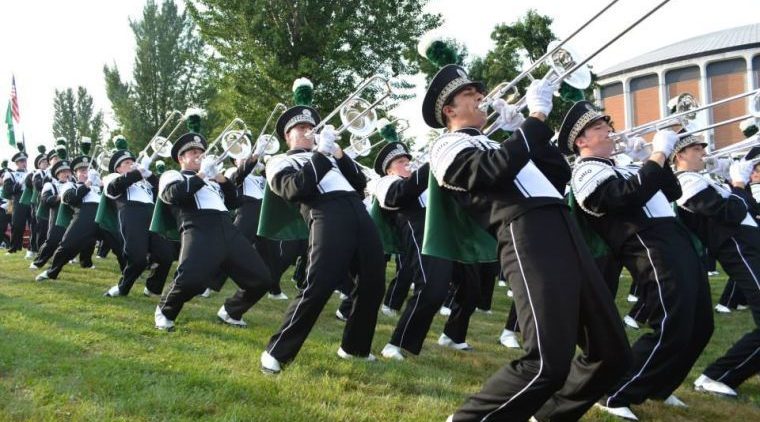 For the second time, the Ohio University Marching 110 has been awarded the top spot in the CollegeSports-fans.com “Best College Marching Bands” rankings. After listing Ohio University at the top of its list in its 2007 rankings, the website’s staff decided it was time to publish an updated list of the best college marching bands in the… Read More

Fluff To Offer Alcohol And Dinner

With beer now on tap and wine bottles ready for uncorking, Fluff Bakery and Catering on Court Street is doing a bit of revamping of its business model, including absorbing its Rickshaw Thai restaurant into the downtown eatery. Rickshaw Thai, which was located in the Eclipse Company Town in The Plains, served dinner at that… Read More

For the second time, the Ohio University Marching 110 has been awarded the top spot in the CollegeSports-fans.com "Best College Marching Bands" rankings. After listing Ohio University at the top of its list in its 2007 rankings, the website's staff decided it was time to publish an updated list of the best college marching bands… Read More

WOUB contributor Scott Pfeiffer says the movie will strike a deep, true chord in anyone who has a brother or sister.

This season the Point Pleasant Big Blacks are on a five-game winning streak to begin the season and are looking to keep the streak going on Friday night against Parkersburg South. Defense has been the key for the Big Black victories, as the team has allowed just 25 points this season, an average of just… Read More

AEP Ohio is planning to pull the plug in the heart of Athens' Uptown district tonight. The electric company will force a power outage on Court St. from Union St. to Washington St. The power outage is expected to last from 6 PM to 11:00 PM. Please refer questions to the AEP Ohio customer service… Read More

VIDEO: Seeking The Snitch: A Look At OU’s Quidditch Club

Did you know Ohio University has a Quidditch Club? WOUB’s Nicole Schneider visits team members at OU’s Walter Field House for a tutorial on the popular Harry Potter game.

Meet The Author Event To Be Held At OU-Lancaster

An author with ties to Lancaster will be reading from her new novel at Ohio University Lancaster on Oct. 8. Laura Wettersten taught music at Saint Mary’s school in Lancaster before becoming a librarian and author. Her first novel for young adults, My Faire Lady, was published this summer by Simon & Schuster. Her presentation… Read More

Preview: Maysville, Sheridan To Battle For First Place In MVL

Sheridan’s dominant defense versus Maysville’s high-octane offense: something has got to give. The Panthers are averaging north of 46 points per game while the Generals have given up only 13 points through five games, shutting out four teams in the process. “Their offense is something you can’t replicate in practice,” Sheridan head coach Paul Culver… Read More

Conference play is set to begin in the SEOAL and the Jackson Ironmen and Warren Warriors are no strangers to each other’s company. In fact, Jackson has made it a running trend to come out on top, winning the previous 13 meetings between the two schools – dating back to 1999. Jackson’s main focus to… Read More

The all clear was given for residents to return to their homes last night in the Keystone Furnace and Charles Lewis Roads area of Jackson County, Ohio following a natural gas line rupture earlier in the day. An initial report came in at 4:14 p.m. Wednesday that a tractor hit a gas line.  Tennessee Gas… Read More

Hospitals In Ohio Have Plans In Place For Ebola

The Cleveland Clinic and other hospitals around Ohio are advising residents to tell doctors on their next visit if they've traveled to West Africa, where the Ebola virus is believed to have killed thousands.   Hospitals in Ohio and around the country have been outlining plans as officials in Dallas deal with the first Ebola… Read More

The sole possession of second place in the TVC-Ohio is on the line Friday night, as the Meigs Marauders (3-2, 2-0) travel to Nelsonville-York to take on the Buckeyes (3-2, 1-0). The Marauders will roll into Nelsonville-York fresh off of a massive 49-28 conference win over River Valley last week. Their offense, which fought the… Read More

The halfway mark of the 2014 season has come and gone and there have been no conference games in the SEOAL up to this point. That will all change this Friday, however, when conference play begins for four out of the five teams in the SEOAL. 1) Jackson Ironmen (5-0, 0-0) The regular season is… Read More