You are viewing the "police" Archives

Ohio’s capital city limits how police use force on protesters

COLUMBUS, Ohio (AP) — Police in Ohio’s capital will be limited in how they can use force against protesters and will have to display officers’ names on their riot gear under changes being made to city law. Columbus City Council approved the changes Monday. It comes two years after police faced criticism for responding to… Read More

ATHENS, Ohio (WOUB) –  Jim Salzman, a board member of Hilltop Gun Club, is just one example of second amendment activists who think Ohio’s new gun legislation goes too far. “The fact that somebody can go out and buy a gun, and they get to carry it around and no one knows if they have… Read More

COLUMBUS, Ohio (Statehouse News Bureau) — A total of $250 million from the federal government will go to help first responders, mainly police and troopers, who are far more likely to have depression and burnout. And Ohio Fraternal Order of Police President Jay McDonald said officers are more likely to die by suicide than the… Read More

CLEVELAND (Ideastream) — Mariah Crenshaw has spent years building a case that officers around Ohio are violating state law simply by continuing to serve as officers. It started in 2014. Crenshaw runs the advocacy group Chasing Justice, and she wanted to know how the Cleveland Division of Police collects training documentation for officers who are… Read More

DAYTON, Ohio (WYSO) — It’s a typical Tuesday at the Montgomery County Regional Dispatch Center. In a dimly-lit room, dispatchers hunch over computer monitors, responding to 911 calls through headsets. The calls range from things like mental health needs to car break-ins. But in another part of the room, there’s a different kind of alert coming… Read More 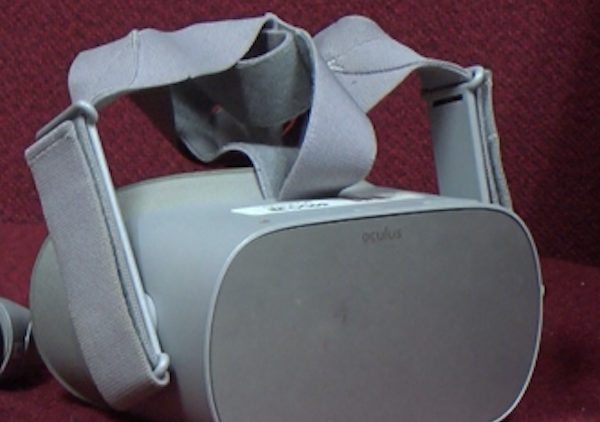 ATHENS, Ohio (WOUB) — Students and staff at Ohio University have collaborated with local law enforcement to create a new de-escalation training program for their officers. This immersive program will be used by the Athens County Sheriff’s Office and the Athens and Ohio University police departments. Officers will undergo training in a different style than… Read More

COLUMBUS, Ohio (Statehouse News Bureau) — A group has taken the first step to asking voters next year to eliminate qualified immunity for police officers and other government employees accused in shootings or other actions. The group calling itself Accountability Ohio Now filed paperwork Monday, and then gathered to promote the issue in front of the… Read More

Police Recruits in Kentucky Can Earn Associate’s Degree For Free

FRANKFORT, Ky. (AP) — Officials say a new initiative will allow Kentucky police academy recruits to earn an associate’s degree for free. A statement from the Kentucky Justice and Public Safety Cabinet says it has partnered with the Department of Criminal Justice Training and Bluegrass Community & Technical College to offer the program, which is… Read More

CHARLESTON, W.Va. (AP) – A West Virginia city has approved payments totaling $130,000 to settle a lawsuit accusing three police officers of using excessive force against a teenager and his toddler cousin. The Gazette-Mail reports the Charleston City Council voted unanimously on Monday to approve the two settlements. The mothers of both juveniles, who are… Read More

COLUMBUS, Ohio (AP) — The state says the latest law enforcement agencies to be certified on standards governing the use of deadly force and other policies are a sheriff’s office and two village police departments. The standards were created after a series of fatal police shootings in Ohio and nationally. Agencies that don’t meet the… Read More

Police Officer Who Offered Money for Sex Back on Duty

COLUMBUS, Ohio (AP) – A Columbus police officer who was suspended after he admitted he offered to pay a woman for sex is now back on duty. Twenty-six-year-old Officer Helal Daoud, who has been with Columbus police for two years, was placed on leave in November. The Columbus Dispatch reports the woman told investigators that… Read More

Police are planning their presence at a rally to protest the purchase of a new home for the Ohio University president. Police and organizers of the Bat Rally, to be held at 5 p.m. Tuesday, have already discussed ways to protest without causing a police intervention, according to sources from both the rally and the… Read More

COLUMBUS, Ohio (AP) – The panel commissioned by Gov. John Kasich to study police and community relations in Ohio is looking at whether state oversight of police officers should be increased. Panel members are suggesting things like statewide committees to investigate police-involved shootings and a central database of any officer fired by a department. Other… Read More

The panel commissioned by Gov. John Kasich to study police and community relations in Ohio is getting closer to a final report. Kasich formed the 24-person committee of city council members, religious leaders and law enforcement officials after several police-involved shootings in Ohio and across the country raised concerns. The task force has collected information… Read More

A veteran Ohio police chief says it may be time to change how police officers are trained to close a gap between law enforcement expectations and those of the community. Michael Navarre, police chief in Oregon in northwest Ohio and former Toledo chief, says officers have long been trained to shoot when they see a… Read More

Gov. John Kasich plans to address the group he commissioned to study police and community relations in Ohio. The latest in a series of meetings around the state will take place Monday at Ohio State University. Kasich formed the 24-person committee of city council members, religious leaders and law enforcement officials after several police-involved shootings… Read More