You are viewing the "Nelsonville" Archives

NELSONVILLE, Ohio (WOUB) – Nelsonville officials want to allow people to drink alcohol outside in the town square to drive more customers to local businesses. The city’s Planning and Development Committee plans to propose a Designated Outdoor Refreshment Area, or DORA. This allows for communities to create an area where the open carry of alcohol… Read More

NELSONVILLE, Ohio (WOUB) – The Athens County prosecutor has filed charges against two people in connection to the 2021 death of a man that sparked a long and extensive search after his disappearance. Bryan Kyle Bridgeman, 30, disappeared from his home in Nelsonville on June 4, 2021, after ostensibly going out to buy a video… Read More

NELSONVILLE, Ohio (WOUB) – A former Nelsonville City Council member who was kicked off the council four times is still fighting his removal through six legal actions he filed against the city. Greg Smith is seeking vindication: He wants the court to agree he was wrongfully removed each time, he wants the city to pay… Read More

ATHENS, Ohio (WOUB) — A police officer who shot and killed a Nelsonville man last summer made a plea deal under which he avoided jail time but will never again be able to work as a law enforcement officer in Ohio. Cecil Morrison was charged Monday with negligent homicide in the death of Michael Whitmer…. Read More

ATHENS, Ohio (WOUB) — A Nelsonville man was sentenced Tuesday to four years in prison in connection with the shooting death of a young boy. Donald Platt, 37, was found guilty last month on charges of involuntary manslaughter and endangering children. In March 2021, Platt left a loaded and unsecured firearm in his home that… Read More

COLUMBUS, Ohio (Statehouse News Bureau) — With just days before the filing deadline, the Democrats officially have someone running for Ohio Auditor in this year’s primary. Nelsonville city auditor Taylor Sappington has made a name for himself dealing with issues in his Appalachian community. Sappington said he set out to balance the books and take… Read More

Nelsonville Remains A City After Successfully Completing Its Own Population Count

NELSONVILLE, Ohio (WOUB) — Nelsonville kept its status as a city, and the state funding that comes with it, after a local recount of the population found 5,373 residents live there. It is enough to keep them above the 5,000 dividing line that separates a city from a village under state law. Secretary of State… Read More 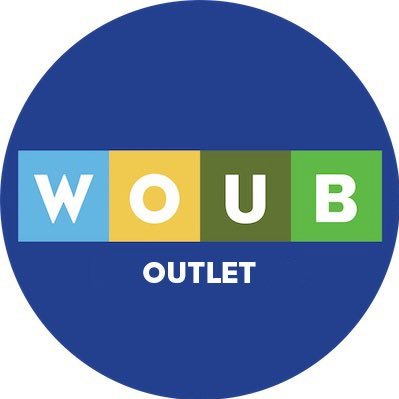 This week on the OUtlet, Ohio University athletes are now able to partner with local businesses, and many have been taking advantage of the opportunity, and the city of Nelsonville works to hold on to its status as a city.   WOUB Digital · The OUtlet – October 7, 2021

This week on the OUtlet, DJ B-Funk talks about the cancellation of the Halloween block party, and Nelsonville fights to hold on to its classification as a city. These stories and more, right here:   WOUB Digital · The OUtlet – September 30, 2021

ATHENS, Ohio (WOUB) — The city of Nelsonville isn’t happy with the results of the 2020 Census, so it’s going to do its own count. The new Census numbers show the city lost 780 residents since 2010, and its population is now 4,612 — or at least it was when the count was done last year…. Read More

NELSONVILLE, Ohio (WOUB) — Dottie Fromal first had the idea for the Thursday Night Community Dinner when she was working at the Hive, a childcare center in Nelsonville. She met many children there who ate dinner alone each night, and decided they needed more human contact. To that end, she and her close friend Lori… Read More

NELSONVILLE, Ohio (WOUB) — A Nelsonville City Council member is suing his fellow council members in federal court over efforts to remove him from office. Greg Smith alleges in a lawsuit filed Tuesday that the council’s actions violated multiple constitutional rights, including his right to due process and free speech. WOUB reached out to members… Read More

NELSONVILLE, Ohio (WOUB) – Elizabeth Cook has dealt with substance use her whole life. Her parents both struggled with addiction. Cook’s own substance use disorder began when she was 12 which led to her dropping out of high school. She went on to face legal trouble while trying to protect her younger sister who was… Read More

NELSONVILLE, Ohio (WOUB) – Elizabeth Cook has dealt with substance use her whole life. Her parents both struggled with addiction. Cook’s own substance use disorder began when she was 12 which led to her dropping out of high school. She went on to face legal trouble while trying to protect her younger sister who was… Read More

Slideshow: School Of Rock Performs Live For First Time Since Beginning Of Pandemic

Nelsonville Teen Admits To Shooting Death Of Another Boy

ATHENS, Ohio (WOUB) — A 14-year-old Nelsonville boy admitted in court Tuesday that he killed another boy while playing with a gun. Meanwhile, the boy’s father, Donald Platt, 37, was indicted Tuesday on charges of involuntary manslaughter, endangering children and tampering with evidence. The accused boy was charged Friday with reckless homicide in connection with… Read More

ATHENS, Ohio (WOUB) — A 14-year-old Nelsonville boy was charged with reckless homicide Friday in connection with the shooting death of another boy. The boy is accused of causing the death of 11-year-old Eli Spangler by playing with a firearm. (WOUB is not naming the accused boy because of his age and because his case… Read More

Nelsonville Firefighter Dies After Collapsing At Scene Of Fire

ATHENS, Ohio (WOUB) — A Nelsonville firefighter is dead after collapsing at the scene of a structure fire. Senior firefighter Jeff Armes was among the Nelsonville Division of Fire crew that responded to a call on Pleasantview Avenue at 5:04 p.m. Sunday. Armes collapsed while working on the scene, according to a release from the division…. Read More

ATHENS, Ohio (WOUB) — Nelsonville’s former deputy auditor was sentenced Monday to nearly five years in prison for stealing money from the city for several years while in office. Stephanie Wilson, 47, was also ordered to pay back the more than $200,000 she stole. She had previously pleaded guilty to multiple charges connected with the… Read More

ATHENS, Ohio (WOUB) – The former deputy auditor in Nelsonville pleaded not guilty to new felony charges related to theft while in office after previously pleading guilty to similar charges. Stephanie Wilson, 47, of Stewart, was arraigned Thursday in Athens County Common Pleas Court after being indicted on a felony charge of engaging in a pattern… Read More

NELSONVILLE, Ohio (WOUB) — Nelsonville-York School District board members approved a phased back-to-school plan at the board’s August meeting on Wednesday.  Superintendent Rick Edwards said the district worked with the Athens City-County Health Department and a public health specialist to navigate the process of returning to school during the COVID-19 pandemic.  Edwards explained students will… Read More

Salon And Barbershop Owners Look Forward To Seeing Customers Again, Even If From Behind A Mask

ATHENS, Ohio (WOUB) — Everyone who steps into Smart Barber Shop receives a hearty hello from owner Dave Smart, whose grin shines right through his face mask.  Last Friday, Smart reopened his shop on West Washington Street in Athens. It was closed for about two months under orders from the state of Ohio to slow… Read More

Prosecutor: Others Could Be Implicated in Nelsonville Mismanagement Case

ATHENS, Ohio — An investigation into financial mismanagement in Nelsonville may not end at the indictment of a deputy auditor, according to the Athens County Prosecutor. Stephanie Wilson, of Stewart, is reportedly cooperating with investigators as they dig deeper into the city’s practices. “I’m not sure whether other people will be criminally charged for it,” Athens… Read More